Why Bangladesh may overtake the West by 2050?

WHY BANGLADESH MAY OVERTAKE THE WEST BY 2050? 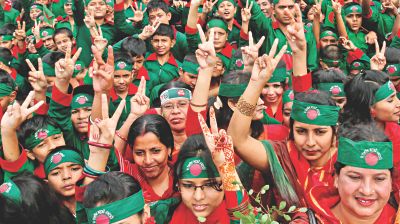 Prediction is a dangerous business. It can literally put you out of business. But last week, when the influential UK daily, The Guardian,predicted in a report that Bangladesh along with eleven others called the “new wave countries” could be overtaking the West by 2050, it sounded much like an old wives’ tale. Bangladesh is still one of the Least Developed Countries (LDC). Certain green shoots are, of course, sprouting. But the country is very much mired in its own mess and shall remain so for very many years. Yet there are voices that have joined The Guardian and they feel that the prediction is based on certain solid prognostications. 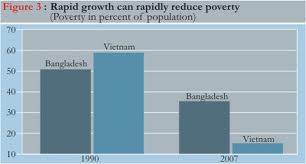 In 1968, Swedish Nobel Laureate economist Gunnar Myrdal published his three volume magnus opus entitled Asian drama: An enquiry into the poverty of nations. In it he said that Asia was poor and most likely to remain poor. Poverty and Asia were therefore synonymous. So, till the 1970’s, the West never contemplated investments outside the West. East and South Asia were of course given a wide berth.

Look at how things changed dramatically in 40 years. Not only North East Asia including China, Japan and South Korea rose swiftly but also several countries of South East Asia developed very fast. First, they introduced market reforms with all the institutional underpinnings. Then they wizened to the development of their human capital. Finally, they exploited the benefits that came from globalisation. Very soon, the West found itself ensnared in their credit lines, innovations and their advanced system of economic governance.

Western countries are now in a quandary. Their economies are struggling against huge debts. Unemployment is very high. They are reluctant to welcome cheap labour from Africa and Asia because of their latent fear of being overwhelmed. Europe has built fortress-like walls to regulate movement of foreign labour into the region. Costs of production therefore have gone up and domestic consumption has tapered off. Poor economic governance has impoverished further the people and institutions there.

Kishore Mahbubani, the diplomat turned intellectual from Singapore, writes that the West now suffers from “myopia, complacency and self-centeredness.” Europe has “failed to engage properly with neighbours. Neither the Balkans nor North Africa benefited from their proximity to the European Union.” Nor did the European Union develop constructive relationship with Turkey. As Europe aspires to be a global power it fails quite miserably in global responsibility and indeed in global interest.

In its place, the East has emerged as a shining global star. Till the 15th Century, the GDP of China and India (including Bangladesh) had accounted for ¾ of the world GDP. During the period of colonisation these two major civilisations lost their ability to produce income and wealth. But they are resuscitating their past economic glory. The OECD (the club of rich western countries) predicts that China would outstrip the USA in GDP per capita by 2030 and India would do the same by 2050.

The rise of the West, according to US intellectual Niall Ferguson, had been due to use of the following six “killer applications”:

-Competition: Europe was fragmented till the 18th Century. Fragmentation encouraged competition among states;

-Property rights: A grounding in democracy and property ownership led to economic growth;

-Consumer society: From the 19th Century to the present, the Western countries are spending societies;

-Work ethics: Protestantism brought in the attributes of hard work, savings and reading to Western societies.

However, the East has now used all these as well as the free market to accelerate economic growth. This has uplifted the human spirit. It has “liberated the minds of hundreds of millions in the East, who now feel that they can finally take charge of their destinies.” India, China and the non-Arab Muslim countries have become the main foci of the West’s challenge. Each of these nations has large populations or/and is big in size. Most of them have invested heavily in infrastructure and education. So they have long term growth potential. They, however, need periodic calibration of their macro-economic policies so that inflation and budget deficits can be kept under control. Bangladesh is one such non-Arab Muslim country that has become a focus of interest to the West. Over the past decade it has grown in spite of several major challenges. 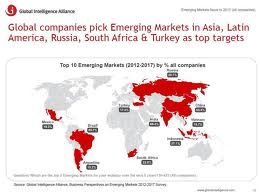 Bangladesh has maintained macro economic stability for more than a decade. During this time, with an average annual growth rate of 6%, inflation remained mostly below double digits. The country has a sound fiscal policy. It has also been able to maintain export competitiveness. By adopting a floating exchange rate it has been able to eliminate exchange rate volatility. It has therefore being able to accumulate over $12.5 billion foreign exchange reserves, which is still growing. Three major development indicators, such as M2 to GDP, private credit to GDP and bank deposits to GDP, have improved significantly. Its financial system is now market based and is deepening each day.

Forty years is a long time for any country, more so if it is forty years in the 21st Century. Bangladesh has several things going in its favour. First, the demographic dividend. As years pass, the average age of its citizens will be lower, but the total size of the population will be larger. The number of people by 2050 would be around 220 million. But these large numbers would not make it a dependent population. Instead, young, educated and dynamic people would be steering the country forward.

Next, Bangladesh is relatively small in size. It would be able to develop a world class physical infrastructure with a reasonable outlay. Not more than $200 billion at today’s prices would do the job. This would include cost of protection against climate change. Once infrastructure is built and businesses flourish, domestic demand for consumer goods would fuel growth. There would also be added earnings from exports, which would be increasingly diversified and sophisticated. Our regional market is also huge as it includes India, China and the Asean countries. Increased remittances from our nationals abroad as well as agricultural surplus would pave the way to greater prosperity.

The West would of course not be sitting idle. But unless it is able to integrate closely with the rest of the world their economic growth could remain anemic.

As Winston Churchill had so aptly said: “The empires of the future are the empires of the mind.” Let us prepare our minds for this singular endeavour. We are bound to revisit this proposition in 40 years time.