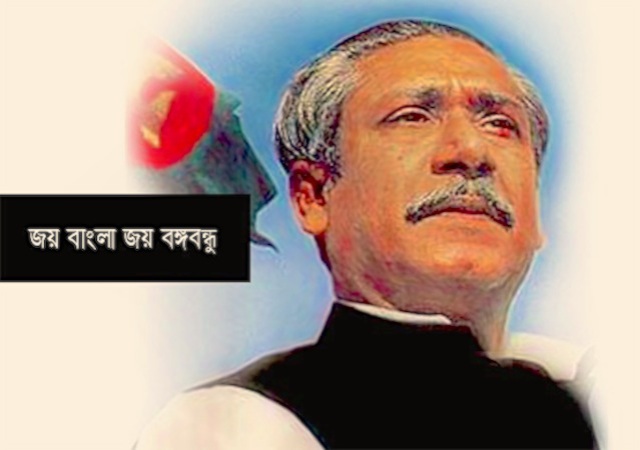 The BBC seems to be at it again. Fresh from their excursion in determining the greatest Englishman, where science eventually triumphed over politics, they have now turned their attention to a people who have always had an embarrassment of riches. But this time their efforts have hit a hidden reef and resulted in a storm of protest. The BBC Bangla Service recently conducted an opinion survey of its listeners to determine the “Greatest Bengali of All Time”. The survey, spread across 12 million listeners in Bangladesh, West Bengal and the Bengali diaspora, took 20 days to compile, and concluded on April 14, the Bengali New Year’s Day, after a thousand listeners had responded through email and the post. 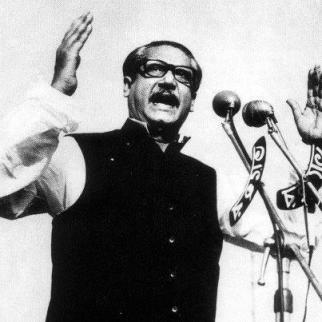 The result of the survey showed Sheikh Mujibur Rahman as topping the list. This was not unexpected, for politics inevitably dominates over culture in this part of the world. The urban middle class in Bangladesh is, however, sharply divided over the survey which the opposition Awami League regards as “the verdict of history”. The survey has nevertheless been roundly condemned by opponents of the Awami League who see the BBC as a partisan villain. And the Jatiyatabadi Chhatra Dal, which is the student wing of the ruling Bangladesh Nationalist Party, has rejected the survey outright. 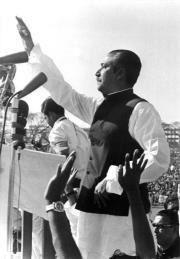 What has astonished a number of critics in Kolkata as well as Dhaka, is that Sheikh Mujibur Rahman has edged out people like Rabindranath Tagore, the Nobel Prize winner, Kazi Nazrul Islam, the rebel poet, Subhas Chandra Bose, who led an army of Indian nationalists against the British Raj, Jagadish Chandra Basu, the great scientist, Maulana Abdul Hamid Khan Bhashani, who was always a thorn in the side of the West Pakistan establishment, and Huseyn Shaheed Suhrawardy, the brilliant lawyer, who went on to become prime minister of Pakistan.

However, for a non-Bengali like myself, who was weaned on the romantic fatalism of Marcel Carne and nurtured on the exuberant surrealism of Luis Bunuel, I was truly astounded to learn that in the survey, one of Calcutta’s greatest sons, who happens to be one of the world’s greatest film directors, did not even figure as an “also ran”. I am referring, of course, to the late Satyajit Ray, who is frequently mentioned in the same context as Renoir, Kurosawa and Bergman, and is frequently compared to Pagnol, Cocteau and de Sica. Ray certainly has his admirers in Karachi, and I am sure if the lads from the BBC had, in their quest, ventured to this neck of the woods, they would have acquired a different set of preferences.

In fact, on July 20, 1992, Hameed Haroon, one of the city’s cultural giants, ably assisted by Rehana Saigol, paid tribute to the great Satyajit Ray. In a 60-minute illustrated lecture at the PACC, he presented a series of vignettes culled from some of the master’s more accessible works, interspersed by crisp, informative and intelligent asides.

Unlike Hameed Haroon, I never had the honour of meeting Satyajit Ray. But I understand from reading Andrew Robinson’s excellent biography of the great director (which was more exhaustive than Marie Seton’s earlier work) that the latter was an extremely humane person, humble to a fault – a person who was sensitive to the needs of others and who always contrived to suggest a life of unruffled serenity. 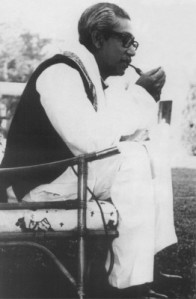 What made him different from other directors of the western and eastern persuasion, was that he was equally at home in the West and the East, whether he was chatting with hikers rambling over a pub lunch, or in his native Calcutta where in a matter of seconds a boiling sky could discharge a wilderness of electricity and produce a tropical downpour of such intensity that life was paralysed for hours.

Though he was not averse to operating out of a bed-sitter in Paddington, Ray worked best at home in his study ensconced in his favourite chair — an intermittently functioning telephone within easy reach.

He liked to recline in loose clothes with his bare feet resting on a convenient low table and work at the red cloth-bound shooting notebooks that contained literally every aspect of a film.

There was no air conditioning in the study, and sometimes in the sweltering heat of summer he had to close the louvered windows to shut out the outside world. 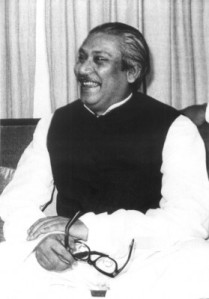 The walls of his study were fringed by bookcases crammed with books and magazines. In a corner a bust of Beethoven stood on a piano under a photograph of Sergei Eisenstein (director of Battleship Potemkin) and in a full cabinet, almost spilling out its properties, were cassettes, records and tapes of western classical music where Mozart and Bach enjoyed a special position.

There was no image of Tagore who had influenced three generations of the Ray family. When Andrew Robinson casually asked Ray why he didn’t display a bust of Tagore, the master chuckled and said “Such a cliché.”

Ray, an advertising man, an illustrator, an author, a critic and a filmmaker directed over 30 films since 1955 and always with a telling economy of means. He had an almost dilettante quasi-professional disdain concerning money. 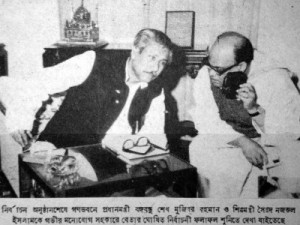 He distilled the urban as well as the rural landscape with equal felicity, whether involved in a pacy drama about a child from a random cross section of metropolitan low life, or while painting a grimly authentic canvas of squalour and destitution in the City of Dreadful Night.

Ray experimented with mood, period and milieu more than any other director and won almost every major prize, sometimes more than once. In 1992, he was awarded an Oscar for a lifetime of achievement in films — a presentation which was made in a Calcutta hospital shortly before his death.

Thirty years earlier, in 1960, the first American homage to Ray was presented at the University of California in Berkeley by Albert Johnson. This Ray programme included the US premiers of The Music Room and The Goddess.

It was also in 1960 that the Apu trilogy was taken up by an American distributor, and the United States was introduced to one of the most prodigious personalities in the history of the cinema.

Akira Kurosawa, director of the Japanese classic Rashomon and The Seven Samurai, described Ray as a giant of the movie industry. And Tim Radford of the Guardian who after seeing The Chess Players, a film about two civilizations, one effete and ineffectual, the other vigorous and malignant, wrote: “Satyajit Ray seems to be able to achieve more and more with less and less”.

Some of the other reviewers were not quite so generous. After the screening of Devi one London reviewer wrote: “The story itself is dauntingly alien.” Another felt “it was an exquisite bore. The action is as remote as one of those Indian temple friezes depicting the gods about their bloody business.”

The reviewer of The Times was a little less patronizing. “The film is more a matter of uncluttered story telling than of atmosphere and the loving accumulation of detail.” And Bosley Crowther, doyen of the New York critics, was quite unmoved on the occasion of the US premiere of Pather Panchali (Ballad of the Road), and found the film amateurish in the extreme.

familiarising themselves with the latter’s cultural and historical background.Once, after reading a particularly unintelligent review of Devi by an English writer, Ray pointed out that in western religious thinking dominated by the Jewish and Christian traditions, God is always represented in male form — whereas in India the female nature of God is also celebrated.

When the citizens of Kolkata and Dhaka read this epistle, one hopes they will give this great human being an honoured place among the other great Bengalis. He certainly deserves every consideration.

An aware citizen..
View all posts by Ehsan Abdullah →
This entry was posted in ACHIEVEMENTS - SUCCESS, BANGABANDHU - Father of our Nation, BENGALI NATIONALISM, HISTORY OF BENGAL, LIBERATION - 1971 BIRTH OF A NATION, REFLECTION - Refreshing our Memories. Bookmark the permalink.