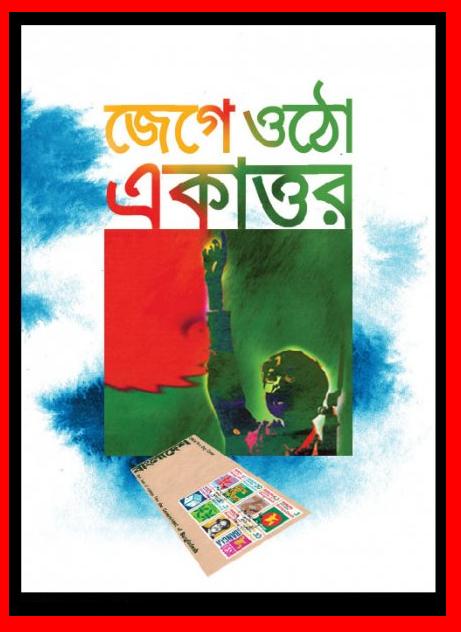 It had been forty two years, there were ups and downs, good times and bad, but as a nation did we achieve any of the following dreams of our liberation, why did we fight? what was the reason? where did it start? who were the central figures? it should have been the most exciting folklore in our hearts and minds, giving shape to the collective responsibility towards the land we all share, but unfortunately the fact remains, we don’t know, we still fight about our birth, why is that? Who are we? What is our identity?

A man’s identity is a matter of so much importance, which we don’t comprehend. A person may born without a father, without a mother, a person may be born rich or poor, but there is one thing that every man is born with, his/her birth right, the land that bore him, the land that the person born upon, that’s his, and no one can take it from him. From the beginning of history, men bled and fought to uphold and protect this birth right of his, now, what about us, who, when, and how got the right to play around with this, our identity !

In order to understand the dilemma above we must understand Who is Bangabandhu? The architect of the dream which has become the identity of 160 million human lives today, a land we call Bangladesh, born with insurmountable sacrifices and valor, second to none in history, overcame a genocide only second to the Nazi Holocaust during the second World War. So why so much politics about those glorious events?

The Story starts, of Hope, of Courage, of Valor, Sacrifice and The Audacity to achieve them.

The collaborators had to kill Bangabandhu, for them to be established in the country whose birth they opposed, with the killing of Bangabandhu, started a revised version of our history, demeaning Bangabandhu, spreading all kinds of outrageous propaganda’s about Bangabandhu and his family, which only could have been fit in Urdu language till then. Well, it only makes sense that they started the character assassination of Bangabandhu, revised the history, unleashed monstrous attacks on his legacy, they had to do that to justify their demonic actions, that was the only way, they couldn’t have possibly upheld the correct history, upheld the role of Bangabandhu behind the architecture of today’s Bangladesh.

They started to identify Bangabandhu legacy and role from only 1972 till 1975, a war ravaged country, with conspiracies floating in every corner, well I guess they did succeed partially, there was no one to defend Bengali history back then, no one to defend the lies thrown at Bangabandhu, vicious hijacking of the very spirit of our liberation, no one was there, because all were silenced in front of the barrel of guns, they viciously went around spreading there version of fabricated history pointing their guns.

SO 15th AUGUST, 1975, TO US AS A NATION SHOULD BE MUCH MORE THAN ONLY LOSING THE ARCHITECT OF OUR FREEDOM STRUGGLE, IT WAS ALSO WHEN OUR VERY IDENTITY GOT SNATCHED AWAY FROM US. WE MUST ACKNOWLEDGE THAT IF WE EVER STAND A CHANCE TO GET OUR LIBERATION BACK FROM THOSE WHO HIJACKED IT ON 15th AUGUST, 1975…