Posted on December 9, 2013 by Ehsan Abdullah 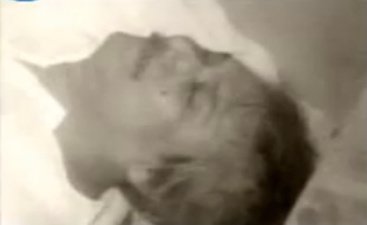 There is a common perception among people that the Rakkhi Bahini, a national militia force Banga-bandhu had formed in less than three months after the country’s victory in the Liberation War, did not act to protect the founding president of the country.

There is a common perception among people that the Rakkhi Bahini, a national militia force Banga-bandhu had formed in less than three months after the country’s victory in the Liberation War, did not act to protect the founding president of the country.

Ideas are rife that Tofail, then Bangabandhu’s political secretary, was in charge of the Rakkhi Bahini and he did not order the force to punish the killers of Mujib who was assassinated on August 15, 1975 in a military coup.

In the book, Anwar says Tofail was the only Awami League leader – as others had gone into hiding just after the August 15 massacre – who visited the Rakkhi Bahini headquarters, for the first time, after Bangabandhu’s assassination and tried to take actions against the killers.

In the post-August 1975 politics, the Awami League had to pay a huge price as the BNP and Jamaat-e-Islami allege that Bangabandhu had formed the Rakkhi Bahini to render the armed forces dysfunction-al and serve the interests of a neighbouring country.

The book published by Prothoma Publication last month says the Rakkhi Bahini had always been under the Prime Minister’s Office since its formation through a presidential order in 1972. The prime minis-ter’s principal secretary Ruhul Quddus used to look after the force’s activities with the help of joint secretary Monowarul Islam.

ANM Nuruzzaman, the force’s director, used to liaison with Monowar and the PM’s private secretary Nurul Islam Anu. Anwar-ul-Alam writes his colleague Sorowar and he used to visit Monowar or Nurul Islam at the PMO.

He says many Awami League leaders were jealous of Tofail’s popularity and his closeness to Banga-bandhu, and there were efforts to detach him from Bangabandhu.

“Many rumours were propagated [regarding Tofail]. There was also a rumour that Tofail Ahmed was holding an important position in the Rakkhi Bahini. This is totally false,” says Anwar.

“Toafil Ahmed stood by us at a time when all of our efforts to punish the killers through reorganising the government went in vain. He came to the Rakkhi Bahini headquarters instead of going into hiding.” The top ranking leaders failed to discharge their duties at the time of the national crisis, but Tofail was an exception.

Tofail was later picked up from the Rakkhi Bahini headquarters and tortured, he says.

Talking to the Dhaka Tribune, Tofail said: “I never bothered about the propaganda regarding my in-volvement with the Rakkhi Bahini. I was the political secretary to Bangabandhu. Why should I be asso-ciated with Rakkhi Bahini?”

He said truth must come to light.

Major Rafiqul Islam, Bir Bikram, who has authored a book on Bangladesh’s war of independence, also told the Dhaka Tribune that Tofail had no connections with the Rakkhi Bahini.

“But my question is: Why has he not written about it? People had negative impression about Rakkhi Bahini, which made huge contribution to nation building after the independence,” said the chairman of the parliamentary standing committee on liberation war affairs.

He said the facts about the Rakkhi Bahini could now counter those misleading campaigns.

The Awami League government in 1972 decided to form the national militia comprising patriotic, young freedom fighters. The force was formed as the police were not able to defend even their own police stations from attacks of armed groups in the newly created country.

The Mushtaque government on October 5, 1975 abolished the Rakkhi Bahini by absorbing its members into Bangladesh Army.

Anwar-ul-Alam, a retired lieutenant colonel, says the killers of Bangabandhu encircled the Rakkhi Bahi-ni headquarters with tanks for which the force could not take any action. Besides, its director ANM Nuruzzaman was in London when Bangabandhu was assassinated.

The armed forces, Bangladesh Rifles, police and other forces yielded to the Mushtaque regime, forcing the Rakkhi Bahini to show allegiance to the new government.

An aware citizen..
View all posts by Ehsan Abdullah →
This entry was posted in BANGABANDHU - Father of our Nation, EHSAN ABDULLAH. Bookmark the permalink.