DECEMBER 17 : THE DAY CHITTAGONG WAS LIBERATED

DECEMBER 17 : THE DAY CHITTAGONG WAS LIBERATED

Following nine months of gruelling war, almost the entire country celebrated victory over the Pakistani occupation forces on December 16, 1971; Chittagong, however, had to wait an extra day to see the surrender of Pakistani troops at the strategically important city.

The occupation forces signed their formal surrender on December 17, only after the joint forces made their way through the Pakistani resistance that was put up around the port city’s periphery.

Terming the victory an “absolute pride,” freedom fighters who won back Chittagong from the oppressors’ clutches told the Dhaka Tribune that it was unfortunate that the turn of events had caused the port city to be liberated a day later than Dhaka. 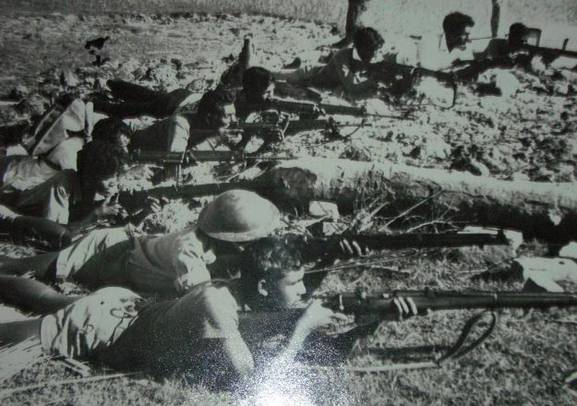 The official surrender was made at the Chittagong Circuit House, where occupation forces lined up to admit defeat to the triumphant joint command of Indian and Bangladeshi forces and Bangladeshi guerrillas.

Dr Mahfuzur Rahman, who was the operation commander for freedom fighters in the city, recalled the events of the day: “Two divisions of freedom fighters, including one led by Deputy Commander Major Rafiqul Islam, were obstructed by the occupation forces at Kumira of Sitakunda on December 16. The joint command, however, defeated the enemy and entered the city on December 17.”

To broadcast the news of the victory, engineer Afsar Uddin, who was the joint commander of Bengal Liberation Front and freedom fighters in the city, sent a group of his fighters to the Kalurghat radio station, Mahfuzur recalled.

“To maintain law and order in the city from December 17, we were assigned at different strategic points. I was responsible for [the safety of] Bandar, Pahartali and Double Mooring.

“It was our duty to contain the situation so that the angry Bangalis did not attack the Biharis who had committed atrocities on our population.”

Terming it the most memorable day of his life, he said thousands of people took to the streets with national flags in their hands and chanted “Joy Bangla.”

The operation commander said people from all walks of life joined in the celebrations, with the exception of the local razakars, al-Badr members and members of the notorious gang of Fazlul Quader Chowdhury.

Bahar, who is now the chief of an English newspaper’s Chittagong bureau, told the Dhaka Tribune that the formal surrender programme in Chittagong was held around 9am on December 17 with the hoisting of the Bangladeshi national flag.

A report published on December 16, 2011 in the Express Tribune quoted Shamshad as saying he saw Chittagong residents celebrating “India’s victory” and their freedom.

“I am the only unfortunate officer who witnessed that painful sight. Words cannot express the tormenting thought and feelings that crossed my mind,” Shamshad said.

An aware citizen..
View all posts by Ehsan Abdullah →
This entry was posted in BENGALI NATIONALISM, CURRENT ISSUES, HISTORY OF BENGAL, LIBERATION - 1971 BIRTH OF A NATION. Bookmark the permalink.