THE HEROES AND VILLAINS OF OUR INDEPENDENCE HISTORY

THE HEROES AND VILLAINS OF OUR INDEPENDENCE HISTORY 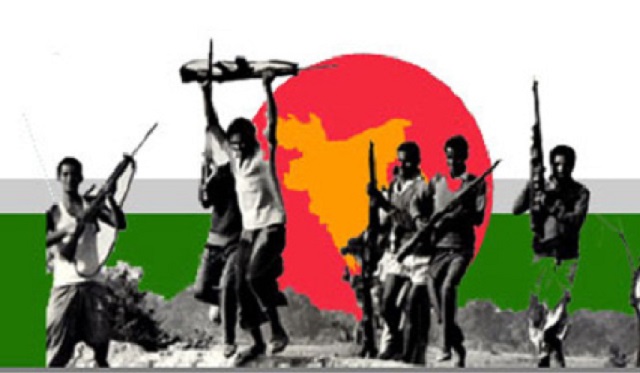 All human histories are incomplete histories. None but the fool can claim to have a complete history of the past happenings. Its process is an evolutionary process, which takes different courses by different hands at different times. No wonder, it may repeat itself before being rightly recorded. Historians, however, have reassured us not to worry about getting the whole truth about the history of an event, for, it may so happen even fifty years after the event occurs. But it, sometimes, may be too late to come up with the candid version of a history, because the history-mongers try to take full advantage of it banking on the shortness of public memory. That is what happens in general, and what has happened to our cases in particular. 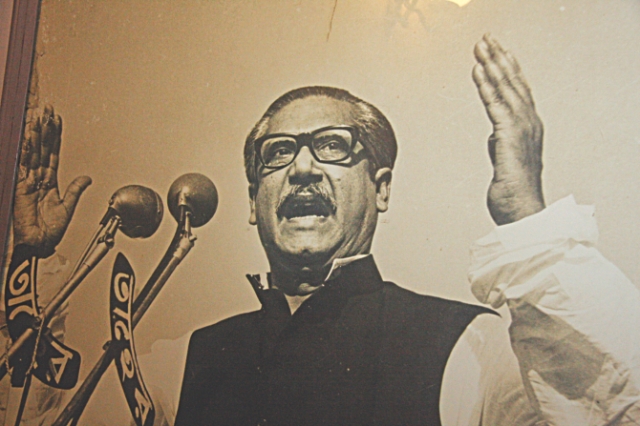 The history of our Independence, even after more than four decades of its birth, is still in jeopardy. People tend to give their own version of the one and only history of our Independence. The process of distortion reached such an extreme point during the last regime of the alliance government (2001-2006) that even the architect of Independence was about to be replaced in the pages of history written by the hired hands. They weaved many fantastic stories cunningly concealing real facts and tried to beguile the impressionable youth into believing in the forged and fabricated history. As a matter of fact, there has been a trend to falsify the globally acknowledged accounts of our Independence history ever since its inception. This tendency misrepresents not only facts but also the very spirit of Independence.

The entire gamut of our liberation struggle was prompted by a wholesome nationalistic fervour, and aimed at securing a secular democratic society farthest from religious sectarianism. But the then anti-liberation forces, who always try to maintain a pro-liberation facade to escape from public wrath, slant the true Independence ideals. They try to draw some distant theological motives behind the Independence War in order to drum up popular support in their favour. They are deceiving the devout Muslims of our country, who are by all means in favour of religious harmony. These pseudo-religious culprits are trying to avenge upon pro-Independence population to whom they were terribly beaten in the liberation war. They disfigure history of Independence, and twist its principles. Their success is our national failure.

The history of our Independence is a history of its heroes and villains. And this history is an unending history. It cannot come to a full stop. We don’t know the whole history of its heroes, nor do we know the total annals of its villains. We know the history of the Greatest and the Great War heroes with glorious appellations. (Bir Shrestha– 7; BirUttam—68; Bir Bikram—175; and Bir Pratik—426) But do we know the history of a number of anonymous heroes who have fought for their motherland and passed away in silence? Do we know the names of freedom-loving rural folks who, out of extraordinary patriotic zeal, attacked the cantonment with bamboo sticks, and fell an easy prey to counter attacks? Do we know the young maid who kept the occupation army amused by her histrionic gestures at night enabling the freedom fighters to pounce on them? Do we further know that she was heavy with the enemy’s child and failing to put up with that hanged herself from the rafter?

We do not know how the unknown country boatman drowned five enemy soldiers, and went down in history quite silently. There can be a whole lot of living examples of people and their deeds which have not found expression in the recorded history. There is a song about them “Hoitoba itihashey tomader naam lekha robena”(maybe, your names won’t be written down in history). But as the song assures, this great debt will never be paid back.

We do not know the whole account of our Independence heroes/heroines, nor do we know the full history of the villains. We know only the ring leaders, and their notorious accomplices who are accused of war crimes. But there are thousands of war criminals whose names have not yet been expressed. Moreover, there are hundreds of thousands among the present generation who are against the secular spirit of Independence. They are the shadows of their masters. They are the enemies of our Independence, enemies of our people.

This was the biggest ever mistake in our national life since Independence not to have tried the war criminals which has always been a public demand. People still are seen fulminating against the general amnesty for the war criminals by Mujib Government. But the amnesty never meant acquitting the main culprits. Mujib regime ended with more than eleven thousand war criminals held in custody. They, however, got an undue indulgence right after the August Tragedy in 1975. That was the beginning of an inauspicious era in post-independence Bangladesh. The war criminals were cordially invited to active politics, let alone their trial. And quite unexpectedly, this was done by a man who read out the note of Independence Declaration on behalf of Mujib, and later fought valiantly the War of Independence as one of the eleven sector commanders. Such an equation is an ever-disquieting matter to the pro-liberation people in Bangladesh. The matter did not end there. The Great War hero’s (Zia) party in collaboration with the war criminals came into power. People with great astonishment saw the war criminals sitting on the Treasury Bench, and riding in cars with national flags. What a disgraceful sight! A sheer dishonour to the martyrs of the Independence War! But this was a reality.

Who is to blame for this? We tend to pass the buck to each other. What’s the use of that? The anti-liberation forces still have the audacity. We have had enough of their impertinence. But how to stop it? A public voice has recently reached the peak demanding their trial and punishment. It is never late to try them and allow things to serve them right. In addition to the demand for their trial, some other things should be done. The war criminals may easily be tried as per existent national and international law. But it is the government who has to bell the cat. The hatred for the war criminals may provide a perfect foil for the love for the war heroes. To underline the virtues of the war heroes and intensify people’s love for them, there should be a way of expressing public hatred for the war criminals. Alongside the sublime image of the martyr’s memorial, the Shahid Minar, there should be places holding the horrid image of the Razakars, Al-Badr, Al-Shams where people can express their hatred for the villains of Independence. So, the history of Independence should include both the war heroes and war villains. The juvenile textbooks should juxtapose the glorious names of the war heroes with their heroic deeds, and the ignoble names of the war criminals with their heinous activities. This will teach the youngsters whom to love and whom to hate.

This love-hate attitude has been very necessary these days when the Independence villains are gaining upper hand allowing militancy and fanaticism to stalk through the country; when the freedom fighters are not being properly taken care of and the dream of a secular democratic country has not been fully realized. Some, however, advise to let bygones be bygones. We beg to differ with them. The heroes of Independence are not unduly lovable to us. Similarly, the villains should not be unjustifiably hateful. We would like to go the way shown by the heroes, and hate the enemies at least to the point of bringing them to justice across the country. Fresher victory of the heroes and further defeat of the villains are equally inevitable.

An aware citizen..
View all posts by Ehsan Abdullah →
This entry was posted in CHALLENGES, HISTORY OF BENGAL, LIBERATION - 1971 BIRTH OF A NATION, POLITICS - GOVERNANCE, PROPAGANDA'S and tagged Independence. Bookmark the permalink.

1 Response to THE HEROES AND VILLAINS OF OUR INDEPENDENCE HISTORY