JANUARY 5: FEEL THE PULSE OF THE PEOPLE

JANUARY 5: FEEL THE PULSE OF THE PEOPLE 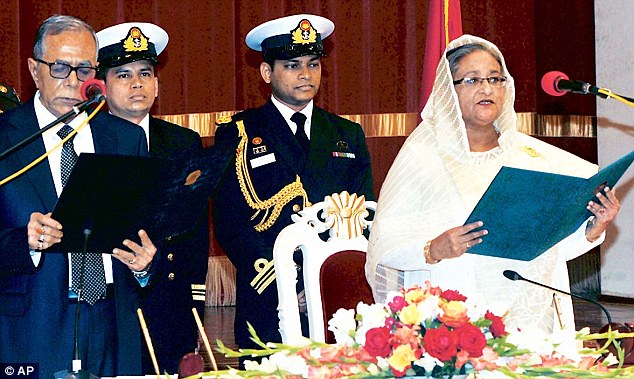 The 14-party alliance led by Awami League (AL) planned to celebrate January 5 as “Victory of Democracy Day” for holding a general election a year ago even though it was boycotted by the main opposition, a 20-party alliance led by the Bangladesh Nationalist Party (BNP). The AL-led alliance believes that failure to hold the election could have created a constitutional crisis.

The 20-party alliance claims that since the people didn’t vote in the election, the present government is illegal. They decided to observe January 5 as “Death of Democracy Day” and demanded a fresh election under a non-partisan caretaker government. The ruling alliance insists that the next election would be held in 2019 and under the present government. Both the alliances intended to hold rallies on January 5. Police banned rallies in Dhaka. Hundreds of leaders of the opposition alliance were arrested or confined.

The 20-party alliance has been threatening to oust the government through movement since it came to power a year ago but failed to drum up necessary support. The people seem to be indifferent at least for one reason — the year 2014 was more peaceful than 2013 when prolonged hartal, violence, torching of vehicles (often with passengers inside) frequently paralysed normal life. The opposition alliance is threatening to start a tougher movement again.

I have spoken to several people, including some who are opposed to the present government. They all agree that the people are in no mood to join any movement for several reasons. First, they do not want to see any repetition of the violence. Second, after having observed the past records of other political parties, they are least convinced that any change of government would change their fate. Third, the economy of the country is gradually perking up. Nobody wants to disturb this momentum. 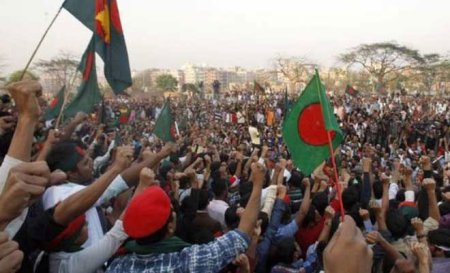 I recall that after Yahya Khan had replaced Ayub Khan in 1969, I asked a vegetable vendor in Karachi if he liked the changeover. He replied sarcastically: “No matter who comes to power, I have to push my cart for my livelihood.” Likewise, the people were least interested in observing January 5 in any name. As apprehended, the day was marred by disruption of transportation, torching of vehicles, clashes and violent demonstrations across the country. Consequently, many activists have been injured, some fatally.

The people are now convinced that neither violence nor brutal repression of the opposition will solve any problem. They sincerely wish that all political issues are resolved through dialogues. It is time for the leaders to feel the pulse of the people or get detached from them totally.