The United Nations Development Programme (UNDP) released the report on its website on Thursday.

Bangladesh is among the 18 countries globally which has shown extraordinary progress in terms of HDI as the HDI value of Bangladesh touched 0.558.

Sri Lanka’s position improved 2 steps to rank 73 to become the top ranked country in South Asia. Slovakia is the top ranked number 1 country as per the HDR 2014.

Among the south Asian countries, Bangladesh has also demonstrated a good track record of inclusive development leading the country to make its place at Medium Human Development category.

The HDR said that adjusting for inequality, Bangladesh is doing better compared to India, Pakistan and Nepal indicating a good pro-poor policy regime.

In gender development index which is a brand new index to compare sex-disaggregated progress and places Bangladesh (rank 107) well ahead of India (rank 132) and Pakistan (rank 145). 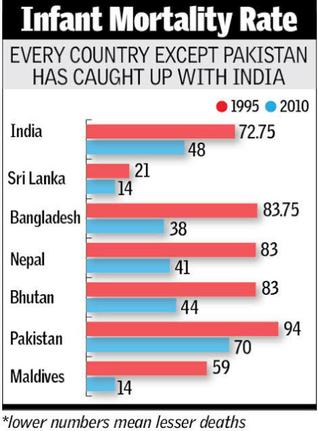 This index shows that the progress made by a Bangladeshi women against their man counterpart fares well when compared with the countries of two sub-continental neighbors.

In terms of Multi-dimensional poverty index Bangladesh (0.237) is better than India (0.282) and is in the same position with Pakistan. The data used in the compositions for all countries are data published by government agencies in officials publications.

Earlier at a roundtable on, ‘Sustaining Human progress: Reducing Vulnerabilities and Building Resilience’ was held at the ERD with its secretary Mohammad Mejbahuddin as the chief guest. Resident representative of UNDP Neal Walker presented the keynote paper in the discussion. Noted scientist and environment specialist Dr Saleemul Huq moderated the discussion.

Through offering a critical contribution to the global ‘vulnerability and resilience’ discourse, the HDR 2014 seeks to improve understanding and raising awareness on how to reducing vulnerability and building resilience which is important for sustainable development.

The HDR 2014 stressed the need for adjusting policies and social norms to systematically address structural vulnerability rooted in an individual’s gender, ethnicity or social status.

It also underscores the need for address ‘life cycle vulnerability’, caused by threats that individuals face across different stages of their life. ‘Strong universal and social protection not only improves individual resilience – it can also bolster the resilience of the economy as a whole’, says the report.