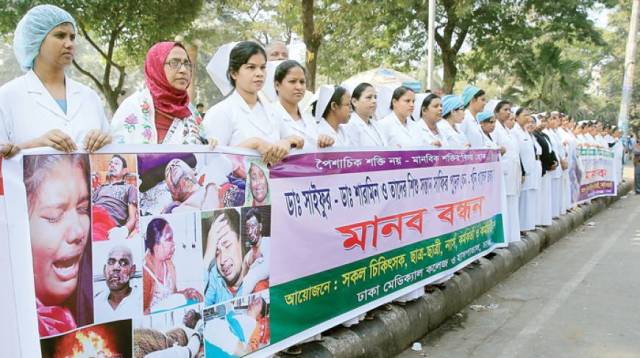 They raised the demand while participating in a human chain in front of central Shaheed Minar on Tuesday noon.

Doctors accused BNP Chairperson Khaleda Zia of burning hundreds of vehicles and killing innocent people by hurling petrol bombs and creating violence and anarchy in the name of blockade programme.

They urged the BNP chief to stop killing innocent people including women, children and labourers who survive on daily earnings.

He termed Khelada’s movement as “an attempt to save war criminals and to eradicate the inspiration of liberation war.”