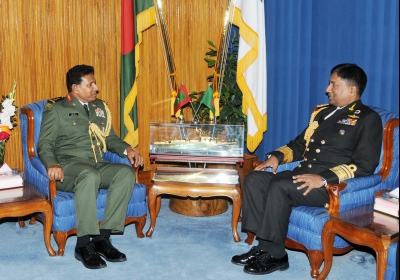 He made a courtesy call on President Abdul Hamid and visited the Bangabandhu Memorial Museum at Dhanmondi. He will also call on Prime Minister Sheikh Hasina and the army chief during his five-day visit.

The Maldives National Defence Force chief arrived on 7 February and expected to return for home on February 11.