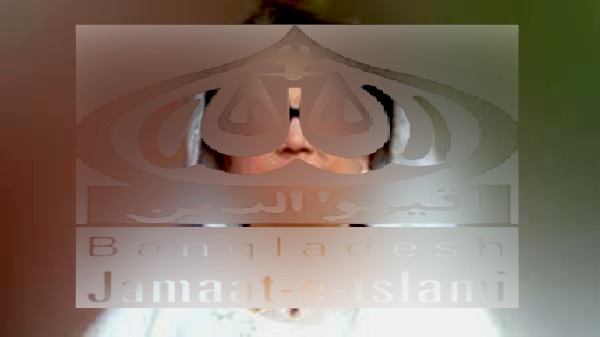 Is Khaleda Zia doing politics against the philosophy and ideals of BNP founder General Ziaur Rahman by forging and maintaining electoral alliance with anti-liberation and fundamentalist force Jamaat-e-Islami?

To find the answer, one must revisit the history of BNP. The answer may absolve Khaleda from the latest accusation that she was going against the philosophy and goals of Zia’s politics by maintaining relations with Jamaat.

Her reluctance to cut ties with Jamaat has a long, solid history. It goes back to General Zia – whose ascendancy to power as a military strongman after the August 15, 1975 bloody changeover was the beginning of the brightening future of the anti-liberation forces.

As Gen Zia gradually grabbed state power and transformed himself into a political leader, he introduced his own style of politics—which appeared as a blessing for anti-liberation forces and religion based political parties.

In his efforts to consolidate his position in politics, Zia did not hesitate to make anti-liberation leader Shah Azizur Rahman a minister in 1978 and the prime minister the following year.

In 1978, Zia also made Abdul Alim a minister. Alim was convicted of crimes against humanity in 2013.

The military ruler also picked Justice Abdus Sattar as his vice president. Sattar had worked as Pakistan’s Chief Election Commissioner after the independence of Bangladesh and he repatriated to Bangladesh later on. After Zia’s assassination, Sattar kept on pursuing Zia’s politics and appointed Shah Aziz the prime minister at the same time in 1981. 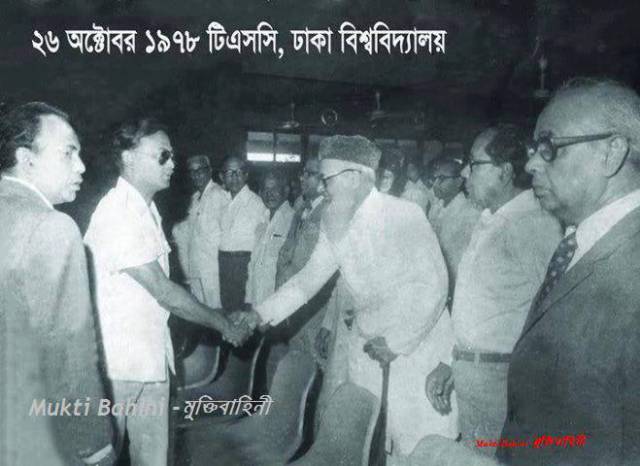 Gen Zia amended the constitution through martial law proclamations in 1977 lifting a constitutional ban on religion-based politics. This opened the door for anti-liberation political parties including Jamaat-e-Islami to resume activities in the independent Bangladesh. Jamaat and some other parties had been constitutionally banned after the country’s independence for their role against the country’s Liberation War in 1971.

In addition, Zia repealed the Collaborators Order of 1972 in the interest of anti-liberation politicians as the law had disenfranchised those parties and politicians who had opposed the birth of Bangladesh.

Around 11,000 alleged collaborators who were detained under the Collaborators Order were also released by Gen Zia.

Zia also deleted secularism from the constitution for the same purpose.

Zia did all this with the goal of strengthening his political power base. 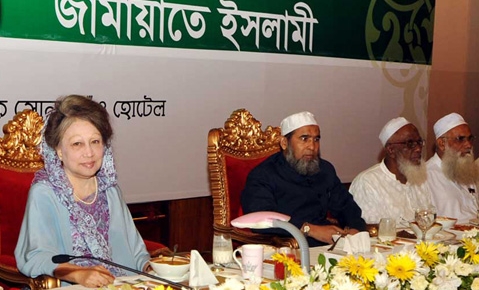 BNP’s senior leader Moudud Ahmed, who was an influential leader and minister of Zia’s government, recollects the politics of Zia to strengthen the BNP in his book “Democracy and the Challenges of Development.”

He writes, as the party in power BNP attracted all sorts of people into its fold-the conservative right, Freedom Fighters, collaborators, communists, secularists, touts, opportunists and shameless sycophants– all of them had to be accomodated.

“His (Gen Zia) sole aim was to maintain a balance between these widely divergent forces and in this he was successful. As a result every committee he formed was a mixed group that helped establish his own preeminence at the cost of cohesion and comradeship,” writes Moudud.

Now come to the politics of BNP under the leadership of Khaleda Zia.

The BNP-led by Khaleda had forged an unofficial compromise with the anti-liberation force Jamaat in some constituencies in the parliamentary election in 1991 to defeat the Awami League. Following the pact, the BNP extended supports to some Jamaat backed candidates while Jamaat returned the favour to BNP in the same way.

Khaleda’s BNP winning the 1991 election made anti-liberation leader Abdur Rahman Biswas Speaker of the parliament. Within six months, he was elected the President of Bangladesh on BNP’s nomination in October 1991.

In doing so, Khaleda followed the footstep of her husband Zia who had made Biswas a minister of his cabinet in 1979.

Khaleda Zia however had taken it to the next level.

During Gen Zia’s regime, anti-liberation politicians were given important positions in the government only after they had joined the BNP.

But Khaleda Zia had shared power with Jamaat directly after winning the 2001 polls in which BNP and Jamaat were electoral alliance. She inducted Jamaat’s Ameer Matiur Rahman Nizami into her cabinet and gave him important portfolios –first the agriculture and later the industries. 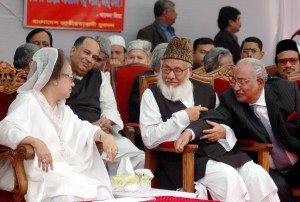 Both Nizami and Mojaheed were convicted to death by the international crimes tribunal on charge of committing crimes against humanity during the liberation war in 1971.

The International Crimes Tribunal-1 last year while delivering the verdict in the Nizami case strongly denounced the appointment of Nizami as a minister by the then BNP-led government in 2001.

The appointment was a great blunder; said the court, a clear slap in the face for the Liberation War as well as three million martyrs and two lakh women who sacrificed their honours for the liberation of Bangladesh.

The “slap in the face for the Liberation War” has no meaning to the BNP high commands.

For them, electoral alliance with Jamaat is a winning strategy for elections, as they did in 2001.

Together they had waged unprecedented violent street agitations in several phases against the AL-led government since 2013, but their agitation failed.

Khaleda still opts for maintaining a tie with Jamaat for returning to state power by winning the election. This clearly shows that she is following the political philosophy of Zia to consolidate power base by any means. Till date Khaleda Zia has not really done anything that disowns the anti-liberation forces.