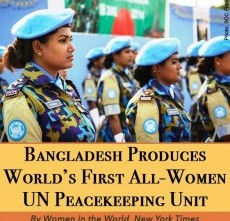 Female members of Bangladesh Police are playing a good role not only in the country but also in abroad, sources said.

Bangladesh Police has not only proved its capacities in the field missions as observer but also enhanced its capabilities in peace keeping activities of the United Nations. 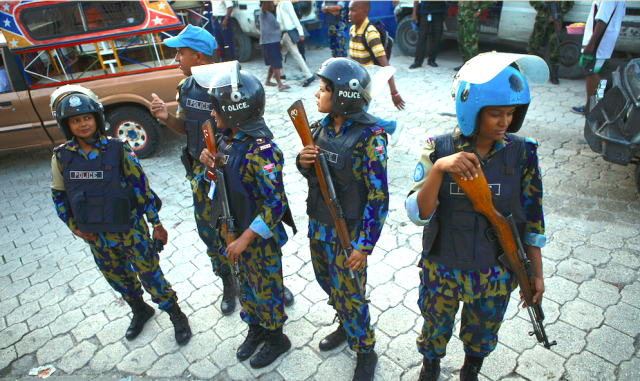 Besides, Bangladesh female peacekeepers have placed them as the key driving force to reduce the gender-based violence, conflict and confrontation, providing sense of security especially for women and children, empowering women and promoting social cohesion.

Bangladesh female police officers have established themselves as the role model in the community in the Mission area.

Consequently, the demand for Bangladesh Female Police Officers are increasing day by day in the UN peace keeping operations.

Presently, over three hundred female cops from Bangladesh are working in different countries helping the United Nations towards its goal of having 20 percent of women employment in its recruitment system. Bangladesh female police officers are working in 3 (Three) UN peace keeping Operations including Darfur, Haiti and Congo. 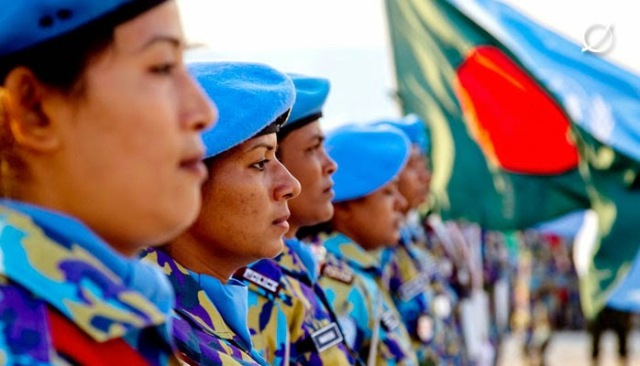 Following the continuous successes of Bangladeshi female workers, the United Nations took initiatives to increase the percentage of female workers at 30 percent in peace keeping operations.