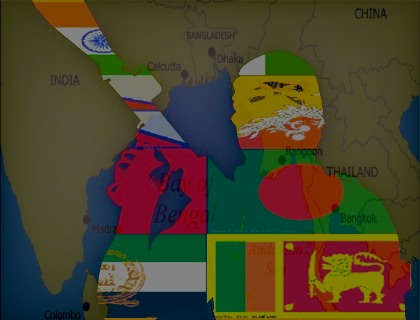 The recent arrest (July, 02) pf 12 militants in Dhaka, Bangladesh, including the resident co-ordinator of the Al Qaeda in South Asia (AQIS) may not be a total surprise for counter-terrorism experts, but it is an eye-opener for the people of South Asia.

The arrested included the AQIS co-ordinator, Mufti Mainul Islam (with many aliases), Maulana Zafar Amin, advisor of AQIS, and ten others. The arrests revealed they had acquired a huge amount of arms and explosives, bomb-making and training manuals. They planned to hit Dhaka in a spectacular strike after the holy month of Ramadan, to announce their arrival in the country.

This is not the first time Al Qaeda tried to get a foothold in Bangladesh. According to earlier reports, a group of Al Qaeda men of foreign origin were spotted in 2005, in the Banderban area of Bangladesh. They were reportedly assisted by the Jamaat-e-Islami (JEI). But the group slipped out of the country when the political situation became unfavourable for them and international attention shifted to Bangladesh on terrorism. Mufti Mainul Islam, 35, was earlier a member of Harkat-ul-Jihad-al-Islami, Bangladesh or HUJI-B. The others were committed to Al Qaeda ideology. Senior HUJI leader, Maulana Mufti Moinuddin @ Abu Zandel, who is on death row for his attempt on the life of a former British High Commissioner in Bangladesh, was in touch with this group through mobile phone and letters, from Kashimpur jail, where he is lodged. Have some prison guards been influenced by extremist ideology? Or have they been bribed or been just negligent? The Rapid Action Battalion (RAB) who are pursuing terrorists with a significant degree of success would, expectedly, enquire into this.

A simultaneous development is the attraction for ISIS/ ISIL/ Islamic State among some expatriate Bangladeshis in the UK. A family of 12 from UK visiting Bangladesh in April/May, left for Syria to join the Islamic State. The oldest of the family was Muhammed Abdul, 75, and the youngest three children between one and eleven. In between were Muhammed’s wife, 53, and relatively young sons and daughters.

Reportedly, they were indoctrinated by the banned Islamist group al-Muhajiroun, which has some presence in London. The name al-Muhajiroun suggests this group has its roots in South Asia.

These are not the first expatriate Bangladeshis from UK to join the Islamic State. In this year along, several Bangladeshis from UK, especially young women, went off to join the Islamic State, to serve the fighters of the Caliphate led by the Iraqi cleric, Abu Bakr al-Baghdadi who was reported to have been seriously injured in an American air attack, but seems to have recovered.

Baghdadi has appointed himself Caliph-Allah’s deputy on earth-to take over the dream of the late Osama bin Laden, who wanted to avenge the historical defeat of Muslim forces in Europe. The “9/11” attack in USA was, supposedly, revenge on behalf of Turkish forces defeated at the gates of Vienna (1683). Osama dreamt of a Caliphate stretching from Spain to South East Asia, covering Central Asia, West Asia, North Africa, Pakistan, Afghanistan, parts of India, Bangladesh and the Philippines. Baghdadi is pursuing the same dream, albeit with much more ruthlessness and stupendous success, challenging the world. Extremist organisations with distorted ideologies, such as Al Qaeda, Afghan Taliban, Pakistani Taliban and the Islamic State did not fall from the skies. They were created by powerful states to further their political and strategic agendas. When deadly creatures are reared to destroy others, they will multiply according to the laws of nature, and ultimately turn on their creators. And these dangerous creatures have a tendency to coalesce and form a formidable family. The genie is out of the bottle and it is hungry,

The growth of the Islamic State has been unprecedented by any count. It has money, technology and propaganda expertise to attract Muslims who feel oppressed in the societies they live in.

A survey by the Clarion Project revealed that more than 8.5 million people view the ISIS/ Islamic State “positively”, and about 42 million view them “somewhat positively”. Sympathy for those leaving the UK to join the terrorists was highest among female Muslims. Ryan Mauro of the Clarion Project warns that “ISIS is only a fraction of what it could potentially become”. (Express, Tom Parfitt, July 01, 2015).

Returning to Bangladesh. Even before liberation, when the country was East Pakistan, the majority of the people followed Sunni Islam tinged with Sufi philosophy. Muslims and Hindus lived side by side, sharing their weal and woe. Travelling mendicant singers, the Bauls (Hindus) and Mafratis (Muslims) sang similar songs, mystical in nature, exhorting people to search for God (Allah) not in temples and mosques but within their hearts. Of course, there were always fringe elements owing allegiance to religious extremist schools of thought. They were unleashed with ferocity by the Pakistani army during Bangladesh’s war of liberation. These forces were controlled but never eliminated. After the assassination of the country’s founder, Bangabandhu Sheikh Mujibur Rahman, these forces who had the blood of innocent Bengalis on their hands, were given new life by political leaders. There is no space to discuss this in detail but suffice it to say that the Jamaat-e-Islami was reborn in 1978 with the active help of the leaders of that time. And with active external assistance.

Extremism really progressed rapidly when the BNP-Jamaat government ruled Bangladesh from 2001-2006. More than a hundred Islamist tanzeems mushroomed with external financial and religious aid and abetment. At one count, around 2004, more than a hundred such groups received funds from abroad. There is enough evidence to prove that these tanzeems became tools for the BNP-Jamaat government.

Prime Minister Sheikh Hasina had promised she would act against extremists, terrorists and Indian insurgents taking refuge in Bangladesh. She did, and continues to do so with considerable threat to her life. Of the 160 million population of the country, most are young and focused on development. But the cancer of religious extremism has spread too wide. Well educated people such as professors, doctors, lawyers, officers in the armed forces directly or indirectly support Sharia law. This includes women who know what such a law would do to them.

The poor may dream of a paradise under the Islamic Caliphate where there is no discrimination in terms of wealth and status. But what about educated professionals?

The religious extremist tanzeems are very likely to network among them to form a base for the Islamic State. The stateless Rohingyas are eminent candidates for the same.

A huge challenge is looming over Bangladesh. In the course of the rise of religious extremism, secular politicians cannot be totally absolved of blame. They also played footsie with the Jamaat for the vote bank. There is still a tendency to be somewhat soft on them. Bringing the killers of the secular bloggers of justice is not moving at a desired pace. Again, the issue of votes appears to be weighing the decision. Do not make the mistake that some Jews made in Germany, when Hitler was rising.

India must also be alert to the spread of the elements contributing to the idea of the Islamic State and the Caliphate. There is an argument that Indian Muslims are primarily Indians, they are inclusive and no Indian Muslim joined the Afghan Jihad. That is true. But things are changing slowly but surely. Some Indians joined the Islamic State and have died fighting. To garner Muslim votes, so-called secular politicians, especially in the Congress allowed the Students Islamic Movement in India (SIMI) to grow. No right thinking Muslim would support the strategy of SIMI. Out of this the Indian Mujahiden has grown. What is pushing these young Muslim men towards extremism? Has any government in New Delhi honestly tried to address this most critical question? The answer is an emphatic “No”!

In this connection, let us not close our eyes to Hindu extremism. The demolition of the Babri Masjid for example is an incident Muslims (and Hindus) find difficult to forget. It would be disastrous if the National Investigation Agency (NIA) starts diluting cases against Hindu extremists who attacked Muslims.

The Islamic State is not offering paradise. First, it is offering oppressed Muslims a governance of equality. Next, it is telling Muslims the world over that they are avenging the cruelty of the Christian crusaders hundreds of years ago. These are very strong propaganda points. That they are, at the moment, killing mainly Muslims is explained by pointing out that they are traitors to the Ummah,

The great powers are masters in psychological warfare. They also have the military muscle to significantly weaken the Islamic State. But their actions do not inspire observes like this writer.

Given the situation, countries like Bangladesh and India will have to face some facts squarely and devise their own strategies. Do not count upon countries like Pakistan and China. They still believe in using extremism against their enemies.

The writer is a New Delhi based strategic analyst