WHO WANTS TO TURN BANGLADESH INTO BANGLA-DAESH?

WHO WANTS TO TURN BANGLADESH INTO BANGLA-DAESH? 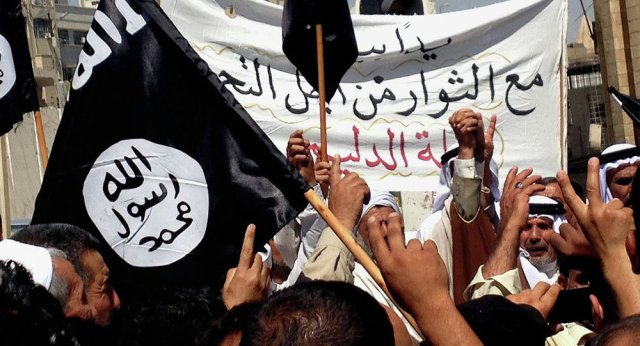 The Mideast-based terrorist group has taken responsibility for a string of violence in the South Asian country, but the question is, to whose benefit does this ultimately play out?

The Russian Aerospace Forces, Syrian Arab Army, and their corresponding Coalition of the Righteous partners are pressing forward in their quest to rid the Mideast of terrorism, but it appears as though ISIL’s retreat in West Asia is taking place concurrently with its preplanned expansion into South Asia.

It’s important for observers not to lose sight of the tense domestic context in which all of this is playing out, since internal political factors have certainly contributed to making the country more susceptible to externally managed destabilization attempts.

Furthermore, any breakdown of Bangladeshi society would result in strong regional aftershocks that would negatively affect India, both in terms of its physical security and the viability of its ambitious Act East foreign policy initiative. Considering everything that’s at stake if terrorism takes root in the South Asian state, it’s timely to ponder which actor would gain the most by turning Bangladesh into Bangla-Daesh.

Bangladeshi domestic politics has essentially morphed into a two-party system ever since 1990, with the Bangladesh Awami League (BAL) fiercely competing with the Bangladesh Nationalist Party (BNP). BAL is led by Sheikh Hasina and is the party currently in power, while the opposition BNP is controlled by Khaleda Rahman.

Sheikh Hasina is the daughter of independence leader Sheikh Mujibur Rahman, while Khaleda Zia is the wife of military leader Ziaur Rahman who came to power in the wake of Sheikh Mujibur’s assassination. For over the past 20 years, the country’s leadership has alternated between these two women.

The two parties couldn’t be more different in their national vision, which makes their rivalry all the more intense.

BAL is genuinely recognized as being more pro-Indian and strongly adheres to the country’s secular roots, while BNP is seen as being pro-American and pro-Saudi and supportive of the Islamization of society.

Tension between the two exploded into political violence after a hard-core Islamist party allied with the BNP provoked nationwide riots in 2013 to protest the BAL government handing down a death sentence to one of its leaders.

Delwar Hossain Sayeedi, the former Vice-President of the now-banned Bangladesh Jamaat-e-Islami party, was convicted of crimes against humanity for atrocities that he committed during the 1971 War of Independence, and while the resultant Color Revolution attempt that he sparked failed to bring down the government and replace it with the BNP, his legal appeal succeeded in reducing his sentence to life in prison.

The domestic political fallout from the riots can still be felt today, and it’s at the core of Bangladesh’s present instability. 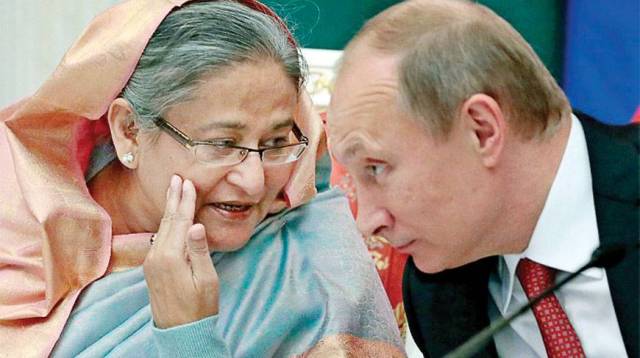 The BNP boycotted the 2014 general election in response to the government’s reaction to the rioters, alleging that the vote wouldn’t be free or fair (despite its results later being accepted by the international community, although with some criticism).  Due to their obstinacy, the BNP hasn’t had a single seat in parliament since, and in a circuitous fashion, they allege that this makes the current government illegitimate.

The latest update in the political rivalry came in mid-October when Sheikh Hasina accused Khaleda Zia of “conspiring from abroad [note: she’s in the UK for “medical treatment”] to tarnish the country’s image through killing foreigners”, intimating that she and her political allies were working with terrorists.

The spiraling situation in Bangladesh couldn’t come at a more geopolitically inconvenient time for India. Prime Minister Modi has just gotten started in excitedly promoting his country’s new Act East policy, and he sealed historic border and trade agreements with Bangladesh during a visit there in June.

It’s absolutely crucial for New Delhi to stabilize and develop this far-flung region for use in properly launching the mainland portion of the Act East strategy. Just last month the India-Myanmar-Thailand Trilateral Highway (India’s “ASEAN Road”) became operational, thus linking the Indian-led South Asian Association for Regional Cooperation (SAARC) with one of the world’s other fastest-growing economic blocs, ASEAN. The potential for mutual benefit is limitless and could do wonders for India’s rising multipolar status in the world, but it’s conditional on the preservation of peace all along this highway route, including in vulnerable Northeast India. An ISIL-initiated terrorist war in Bangladesh could ruin all of that, however, since the trans-border humanitarian and terrorist overflow could drastically destabilize India and set off a chain reaction of conflict inside the country itself.

The Damocles’ Sword Of Daesh

No matter how India tries to assess it, the reluctant realization has likely dawned on its leadership that the viability of its Act East strategy and the ASEAN Road are dependent on internal conditions in Bangladesh that are beyond their control, but are dangerously threatening to explode and take the whole region down with it.

The visionary dreams of India’s rightful place as a multipolar centerpiece are endangered by the uncontrollable destabilization that an Islamist terrorist war in Bangladesh chillingly poses, and it’s clear that the latest attacks are being done with the intent of weakening the government and prompting snap societal chaos that could suddenly engulf India.

Daesh’s activities in Bangladesh are a sort of Damocles’ Sword hanging over Modi’s head, as the controlling forces behind this terrorist group hold the ultimate form of blackmail in influencing New Delhi. If India doesn’t accede to their geopolitical ‘suggestions’ (perhaps to distance itself from Russia and start ‘containing’ China), then the terrorists will unreservedly be ordered to go forward with their regime change scenario in either installing an anti-Indian government in Dhaka or turning Bangladesh into a black hole of chaos instead. 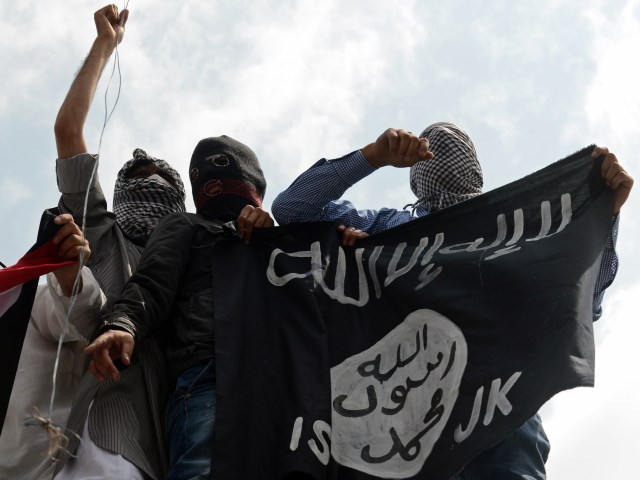 Recall how Khaleda Rahman has been scheming for “early elections” almost right after the ones that she boycotted were held, and how Sheikh Hasina has just tacitly accused her of being in cahoots with terrorists. President Putin warned last week in Valdai that “some terrorists are used as a battering ram to overthrow the regimes that are not to one’s liking”, and while spoken about the Mideast, it now looks to be applicable for South Asia as well. Expanding on this insight, it wouldn’t be unreasonable to wonder whether the same culprit responsible for destroying the Mideast might be the one that’s using the threat of terrorism in Bangladesh to blackmail India away from its Eurasian BRICS partners.

The views expressed in this article are solely those of the author and do not necessarily reflect the official position of Sputnik.

1 Response to WHO WANTS TO TURN BANGLADESH INTO BANGLA-DAESH?