MAJOR DEVELOPMENTS, ACHIEVEMENTS OF BANGLADESH IN 2018

MAJOR DEVELOPMENTS, ACHIEVEMENTS OF BANGLADESH IN 2018

The country experienced a number of achievements as well as developments in the year of 2018 although countrymen witnessed preparation for national election and tensed whether it will be held with participation of all parties and maximum voters.

Below are the highlights of developments:

Bangabandhu-I, the first communication satellite of Bangladesh, started its journey towards orbit slot from the Kennedy Space Centre in Florida, the USA at 2:14 am Bangladesh time.

SpaceX, on May 11, launched the high-orbit communications satellite for Bangladesh to a geostationary transfer orbit roughly 22,000 miles (35,000 kilometers) above Earth.

The launching of the satellite was hailed by Prime Minister Sheikh Hasina in a livestream video from Dhaka aired on SpaceX’s launch webcast.

For the fourth time in a row, Bangladesh held the top position among South Asian countries in ensuring gender equality.

The country has slipped only one notch down to the 48th position among 149 countries worldwide, but is still ahead of all other countries in Asia except the Philippines, according to World Economic Forum’s ‘The Global Gender Gap Report 2018’ published on December 20.

The Bangladesh economy is charging towards record growth figure for the second consecutive year, driven by double-digit growth in manufacturing and construction sectors.

GDP growth in fiscal 2017-18 is likely to be 7.65 percent, up from 7.28 percent a year earlier, as per the estimate of the Bangladesh Bureau of Statistics.

This is the third consecutive year that the economic growth was above 7 percent after years of languishing in the neighbourhood of 6 percent. 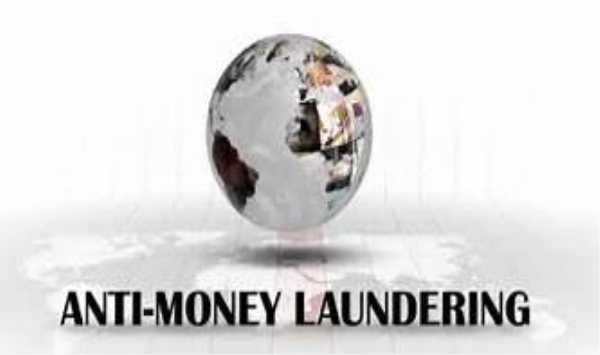 Bangladesh went up 28 notches in the anti-money laundering and counter terrorist financing (AML/CTF) index of the Basel Institute on Governance — a development that will come as a pat on the back for the government. 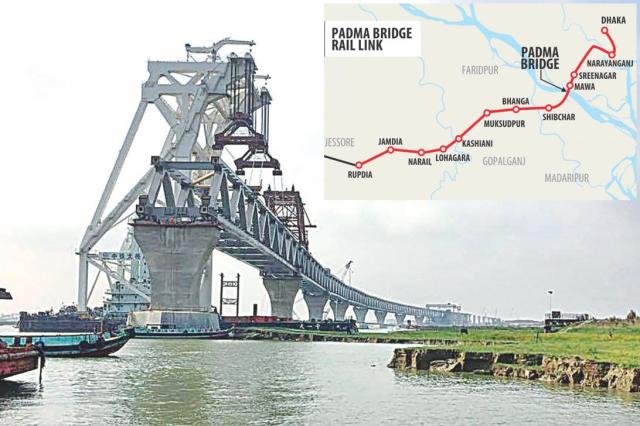 The first phase of the ‘Padma Bridge Rail Link Construction Project’ will establish rail link between Mawa and Bhanga via Janjira and Shibchar through the Padma Multipurpose Bridge. 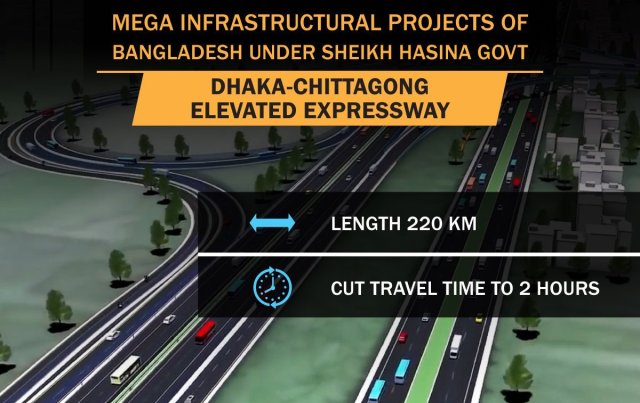 The project, including a 16-kilometre flyover and a 12-kilometre ramp, is scheduled to be complete in four years with government finance. 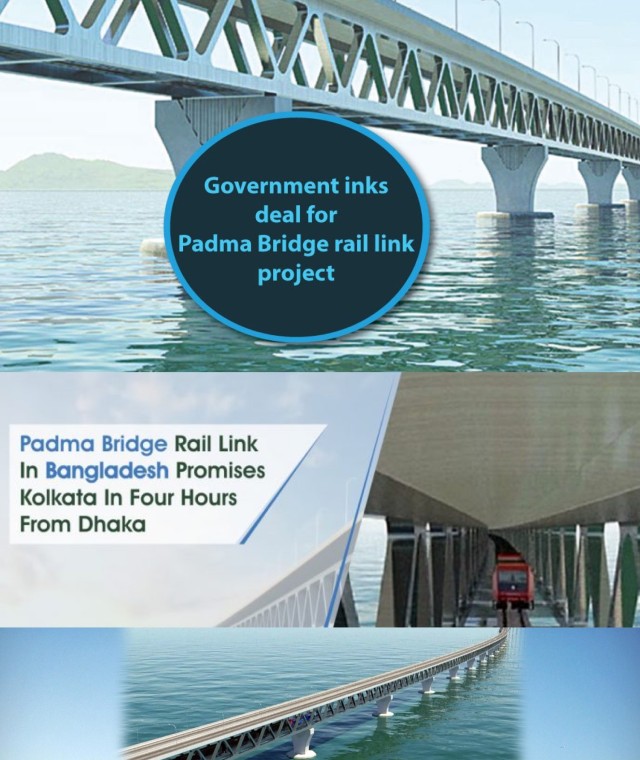 Zahidul Haque, additional secretary of Economic Relations Division of the finance ministry, and Sun Ping, vice president of Exim Bank of China, inked the agreement on behalf of respective sides in Beijing.

Of the total project cost of $3.1 billion, Exim Bank will provide $2.6 billion while the rest would be given by Bangladesh Railway, he said. The loan carries a 2 percent interest rate.

On April 27, Prime Minister Sheikh Hasina was conferred with Global Women’s Leadership Award for her outstanding contribution to promote women rights and empowerment.

On September 29, the Prime Minister received two international awards — the IPS International Achievement Award and the 2018 Special Distinction Award for Leadership — for her humanitarian and responsible policy in hosting the Rohingyas and for her far-sighted leadership over the Rohingya issue. 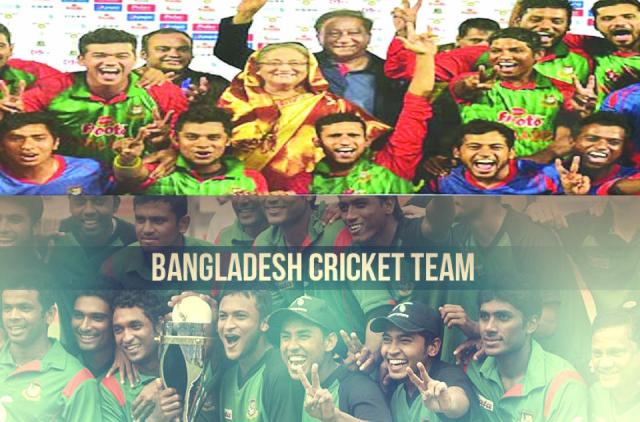 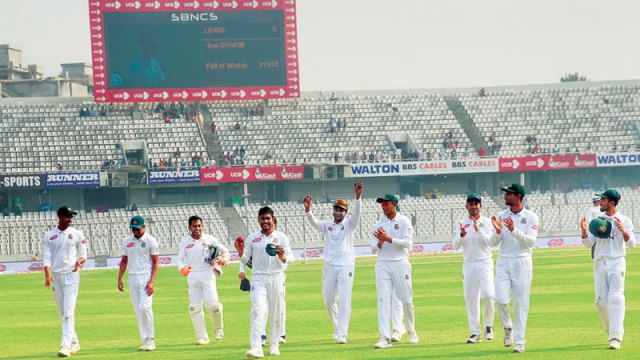 Tigers whitewashed touring Caribbean 2-0 registering their first-ever innings victory beating the visitors by an innings and 184 runs in the 2nd and final Test that concluded before the tea break on the 3rd day.

Besides, Bangladesh defeated Zimbabwe by seven wickets in the third one-day international to complete a whitewash in the three-match series in Chittagong on October 27.

Bangladesh take ODI series against West Indies in Basseterre which is tigers’ first series win outside Asia since 2009. Tigers on July 18 secured a somewhat nervy 18-run win in the series-deciding ODI in Basseterre to seal a 2-1 win.

Elections in Rajshahi City Corporations (RCC) were held on Jul 302018 amid refusal of BNP-endorsed candidate to cast vote on allegation of rigging. 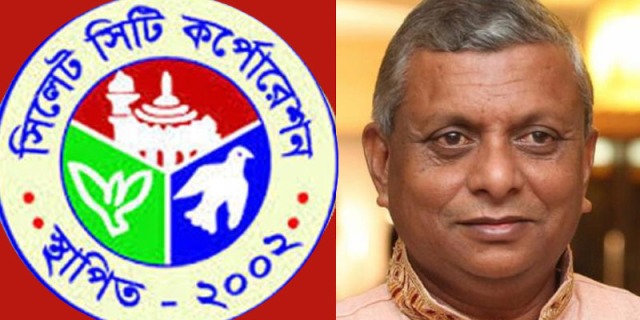 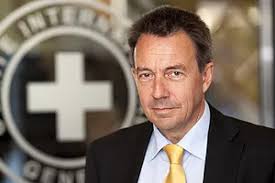 On January 27, Indonesian President Joko Widodo arrived in Dhaka on a two-day official visit. Widodo went to Cox’s Bazar to witness the plight of Rohingya people who fled sectarian violence in Myanmar.

President of the Swiss Confederation Alain Berset arrives in Dhaka this noon on a four-day official visit to boost the 46-year-old ties between the two countries. This is the first time a Swiss president visited here since March 13, 1972, the day when Switzerland recognised the independence of Bangladesh. 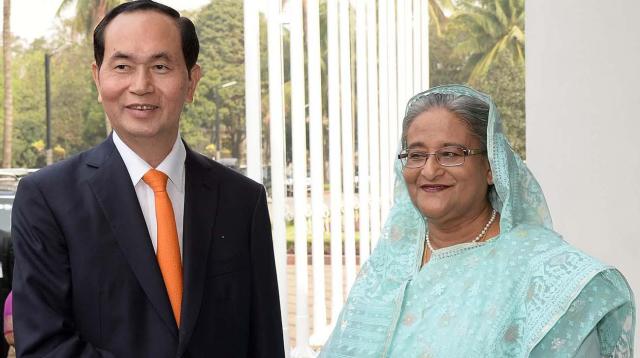 H. E. Mr. Tran Dai Quang, President of the Socialist Republic of Viet Nam and Madam Nguyen Thi Hien paid a State visit to the People’s Republic of Bangladesh from 4 to 6 March 2018. The visit marks the 45th anniversary of Bangladesh-Viet Nam diplomatic relations.